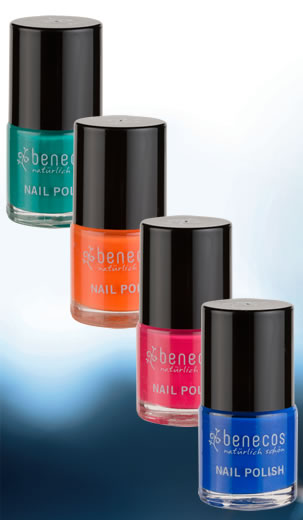 Available from www.benecos.co.uk and independent health & beauty stores nationwide, Benecos nail polish is a more natural range of polish which minimises the use of potentially harmful chemicals. Traditionally, nail varnish has contained formaldehyde, a probable carcinogen, and toluene, phthalates, camphor and colophony - known irritants that may cause health problems including contact dermatitis and breathing difficulties. Benecos nail polish is free from all five of these toxic synthetic chemicals.

What's more, benecos products are never, ever tested on animals, and they're vegan friendly too.