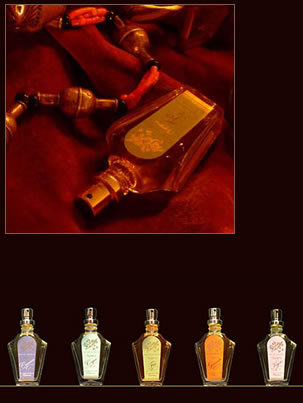 The Cannes Film Festival is coming up but you don't need to be there to get a sense of it. A fragrant night on the Croisette. Unforgettably glamorous. A warm summer's evening of style, culture and romance.

That is what Voyage a Cannes encapsulates - one of the fine fragrances fromFlorascent's Parfum de Poche collection, inspired by some of the most exotic and enchanting locations in the world.

The master perfumer behind Florascent, Roland Tentunian, weaves his artistic sensitivity, craftsmanship and technical skills together to bring a new lease of life to the traditional art of 17th century perfumery, the era that Süskind's novel, and the subsequent film 'Perfume' was set.

“You don't only smell, you see as well" said Roland when speaking passionately about how he uses all his senses together to give the overall impact and effect of the scent.

Florascent's packaging, hand selected by Tentunian, features an angel inspired by the portrait The Birth of Venus by Botticelli. The angel is throwing petals, which portrays a fragrant picture; Roland believes this illustrates perfectly the art of perfumery.